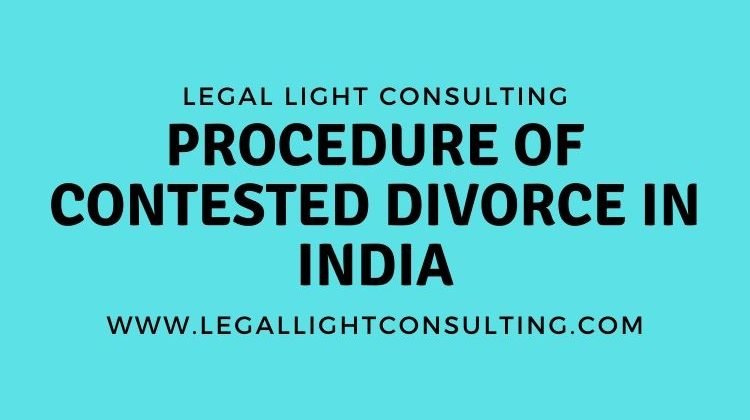 Contested Divorce is filed when one of the spouses decide to divorce the other without his/her consent. This petition is filed in a court with help of a divorce lawyer, and the court sends a divorce notice to the other spouse.

Contested divorce is based on a fault-based approach. One spouse will accuse the other of some reason because of which the marriage cannot work out.
The courts will then hold a trial and deem whether such a reason is enough grounds for granting a divorce decree to the aggrieved party.
It is imperative that one spouse wants to remain married. So in one interesting case the wife filed for divorce on grounds of cruelty, and the husband contested the claim of cruelty, but stated that he had no qualms in divorcing his wife.

The courts stated that both parties are agreed on getting the divorce and the contested divorce petition was dismissed.

The party which files the case has to prove the case with support of evidence and documents. On successfully proving the case, divorce will be granted and divorce decree will be drawn up accordingly.

How we do help to get you contested divorce?

Where Should The Divorce Petition Be Filed?

What Is The Procedure For Filing A Divorce Petition?

The Act states that a divorce petition must distinctly state the nature of the case and the claims of relief.
The assistance of a good attorney must be taken for the drafting of the Divorce Petition in a detailed manner as prescribed by the law along with all the required documents and evidence.
The statements contained in the petition should be verified by the petitioner or some other competent person as per the law with a statement that there is no collusion between the parties (husband and the wife).
The petition must mention the

Legal Light Consulting law firm has always strives to create and implement innovative and effective methods of providing cost-effective, quality representation and services for our clients and will continue to meet and exceed the expectations of our valued clients.