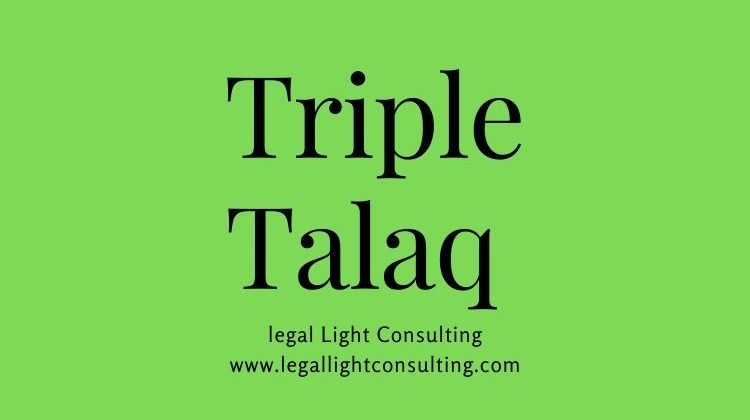 A triple talaq bill has been approved by India’s parliament that makes the Muslim practice of “instant divorce” a criminal offence.

“Triple talaq”, as it’s known, allows a husband to divorce his wife by repeating the word “talaq” (divorce) three times in any form, including email or text message.

The Muslim Women (Protection of Rights on Marriage) Bill, 2019 was introduced in Lok Sabha by the Minister of Law and Justice, Mr Ravi Shankar Prasad on June 21, 2019. It replaces an Ordinance promulgated on February 21, 2019.

The Bill makes all declarations of talaq, including in written or electronic form, to be void (i.e. not enforceable in law) and illegal. It defines talaq as talaq-e-biddat or any other similar form of talaq pronounced by a Muslim man resulting in instant and irrevocable divorce. Talaq-e-biddat refers to the practice under Muslim personal laws where the pronouncement of the word ‘talaq’ thrice in one sitting by a Muslim man to his wife results in an instant and irrevocable divorce.

Offence and penalty: The Bill makes a declaration of talaq a cognizable offence, attracting up to three years imprisonment with a fine. (A cognizable offence is one for which a police officer may arrest an accused person without a warrant.) The offence will be cognizable only if information relating to the offence is given by: (i) the married woman (against whom talaq has been declared), or (ii) any person related to her by blood or marriage.

The Bill provides that the Magistrate may grant bail to the accused. The bail may be granted only after hearing the woman (against whom talaq has been pronounced), and if the Magistrate is satisfied that there are reasonable grounds for granting bail.

The offence may be compounded by the Magistrate upon the woman’s request (against whom talaq has been declared). Compounding refers to the procedure where the two sides agree to stop legal proceedings, and settle the dispute.

Allowance: A Muslim woman against whom talaq has been declared, is entitled to seek subsistence allowance from her husband for herself and for her dependent children. The amount of the funding will be determined by the Magistrate.

Custody: A Muslim woman against whom such talaq has been declared, is entitled to seek custody of her minor children. The Magistrate will determine the manner of custody.

What are the issues in Triple Talaq Bill?